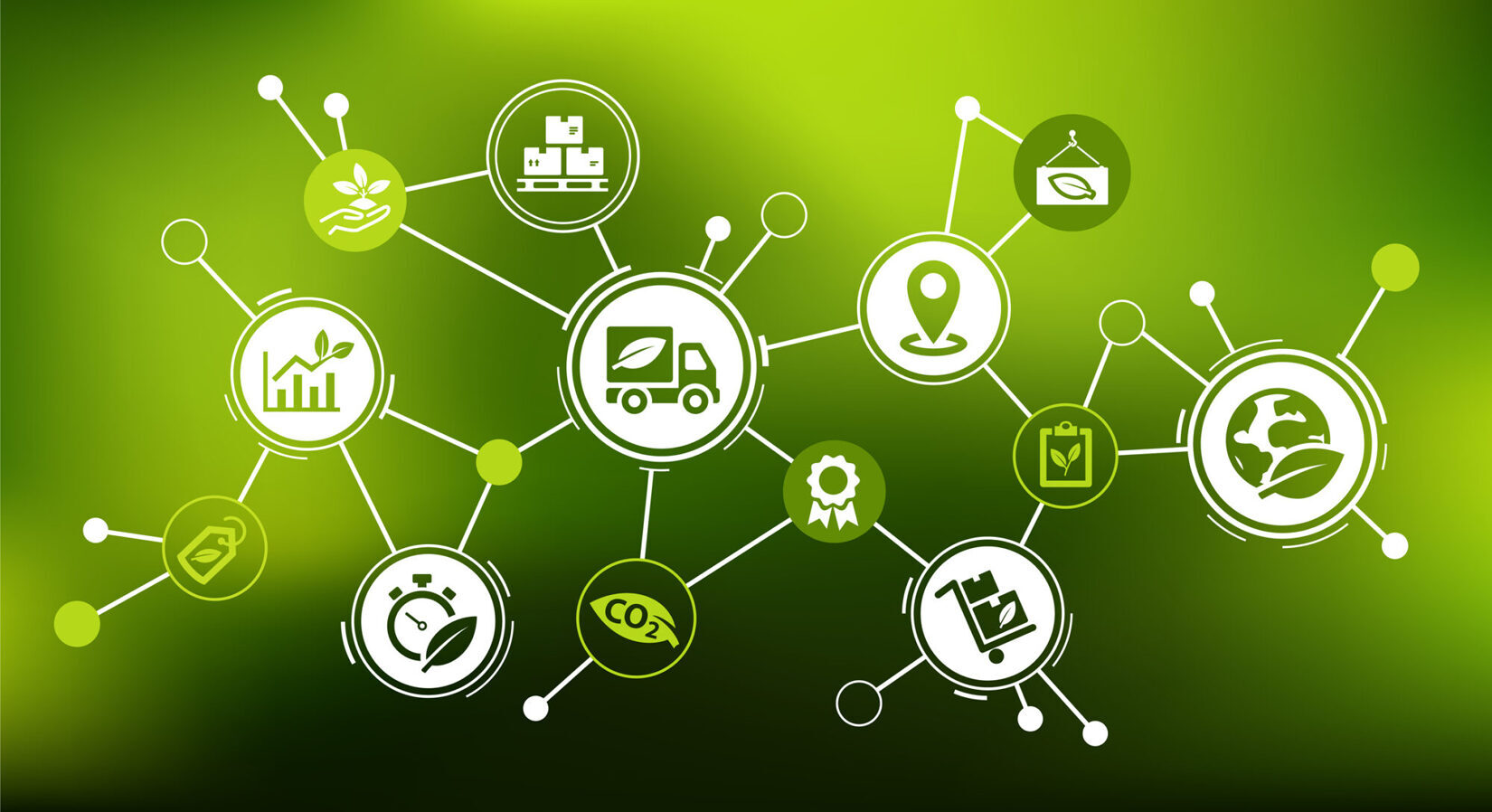 Climate change has been on everyone's lips not just since Greta Thunberg. Scientists and experts have overwhelmingly agreed that the 35 billion tons of CO2 that humanity emits annually play a central role in global warming. In this article, I would like to discuss why I believe the path of a zero CO2 society is inevitable and why we should integrate this aspect into our daily thoughts and actions as soon as possible.

Over millennia, the composition of the Earth's atmospheric gases has changed very little. Approximately the same amount of CO2 was released as could be bound again elsewhere. Thus, the natural CO2 cycle was in equilibrium. With the discovery of fossil fuels, humans have managed to release significantly more CO2 than the natural sinks can absorb. As a result, the CO2 content of the atmosphere is slowly but surely increasing - with serious consequences for humans and the environment.

Bill Gates uses the bathtub analogy to explain this effect: The bathtub represents our atmosphere. The water represents the amount of greenhouse gases released by humans. Even if we significantly reduce the inflow by greatly reducing our CO2 emissions, the bathtub will keep filling up. The only way to prevent an overflowing bathtub or a climate catastrophe is to bring the CO2 cycle back into balance and not add more greenhouse gases to the atmosphere than are simultaneously removed from it. 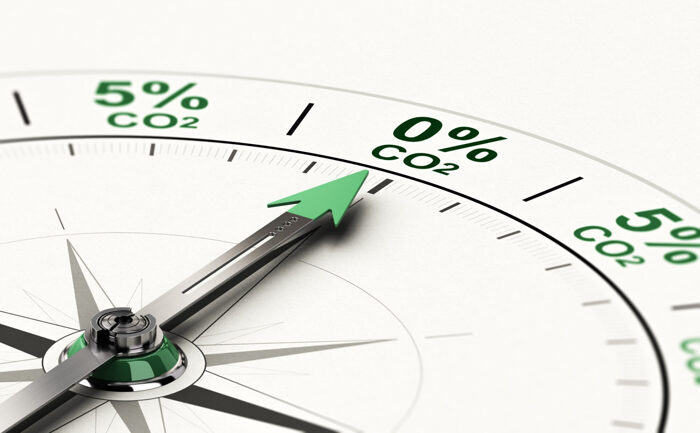 Why is "net zero" an opportunity?
Some continue to argue about whether climate change is real and argue about whether it is man-made. Others hope that its effects will be less severe than scientists have predicted. But there are also an increasing number of people who are already fully engaged in finding solutions. I am convinced that the unsolved problem of global warming will lead to another technological revolution. As always, this one will announce itself with quiet steps and then surprise those who have underestimated the extent of the potential for change. Net zero requires additional investment. But those who drive climate protection forward can identify opportunities early on and take advantage of them in a targeted manner.
A question of mindset - zero-CO2 strategy calls for a new mindset
It is therefore crucial to shift as quickly as possible from the "this-will-just-happen-somehow" mode to concrete innovation thinking. After all, the question is not "whether" climate change is real, but "how" we intend to meet this challenge.

Our experience has taught us that we would do well to develop our products, technologies and solutions slowly but steadily, for example by increasing energy efficiency by a few percentage points. However, this approach is not nearly enough to combat global warming. For this, we need new ideas, new solutions and new technologies.

Our mindset plays a key role here: we not only need to question existing framework conditions and previously valid assumptions, but also think beyond system boundaries. In order to develop suitable ideas, we should ask ourselves less about which approaches could be successful under the given circumstances, but rather focus on how the framework conditions will change in the coming decades.

I am convinced that the negative effects of global warming and the risk of a climate catastrophe will become much more apparent in the coming years than they have been to date. This will once again fundamentally change the framework conditions for our investment decisions, leading to the aforementioned technological revolution. 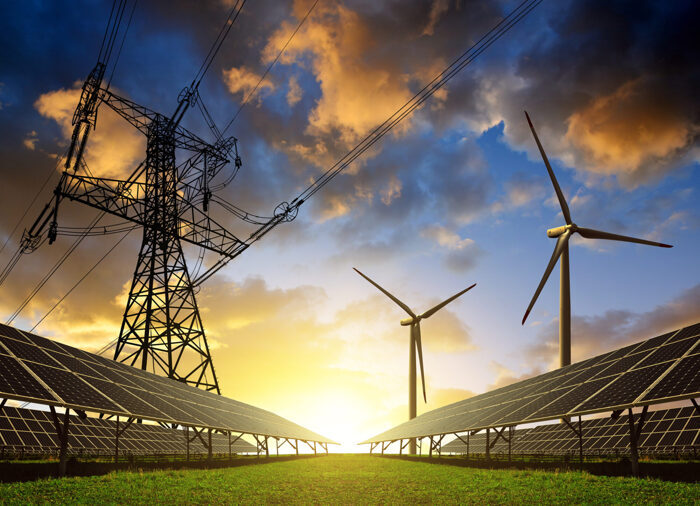 What does this mean for the energy industry?
Rising demand for electricity
Even if energy efficiency can be further increased in many sectors, the demand for electricity is not expected to fall. On the contrary, various trends point to a significant, and in some cases even sudden, increase in demand for electricity. These include, for example, the widespread electrification of vehicles and means of transport, the large-scale use of heat pumps in buildings, the increasing use of digital technologies such as blockchain, the capture and storage of CO2 in waste incineration plants and cement works , the generation of electricity-based energy carriers such as hydrogen, and also the production of synthetic fuels and fertilizers.

Structural adjustments in the low-voltage sector
E-mobility and photovoltaics are causing a fundamental structural change in the distribution grid on the consumer side. The widespread expansion of charging infrastructures and intermediate storage in private households and municipalities, the formation of energy consumption communities, and the introduction of smart electricity meters are leading to a very heterogeneous distribution network in the low-voltage sector. These structural changes lead to increased variability and reduced predictability of electricity demand. At the same time, however, the increased number of metering points with load profile recording also opens up new opportunities for demand management and improved transparency.


Intensified energy exchange with neighboring European countries
In contrast to fossil or nuclear power plants, renewable energy sources are often linked to geographical conditions: wind power plants are increasingly found on the North Sea, pumped storage power plants more in Switzerland. The expansion of renewable energy sources thus leads to an increased demand for energy transmission over long distances. In order to cope with this situation, Switzerland's connection to the European power grid must be expanded. This is the only way to make the best possible use of existing capacities.

Intelligent control and new incentive systems
To exploit the full potential of this new energy landscape, energy suppliers and distribution grid operators must make good use of the large volumes of data generated in grid monitoring systems and smart meters. Energy generation, storage and consumption must be in balance at all times to keep the grid stable. At the same time, live data should enable new billing models and incentive systems. To handle these volumes of data, the industry relies on powerful and well-connected IT and data processing systems.

The role of future energy suppliers and distribution system operators
Energy suppliers and distribution system operators play a central role in this new energy landscape. Not only do they have to master the transformation toward a CO2-neutral power generation system, but at the same time they are confronted with a multitude of structural changes in the power grid. Digitization and disruptions in the market are also accelerating changes that will occur ever more quickly and unpredictably. An innovative and agile mindset is therefore a basic prerequisite for mastering the challenges described.